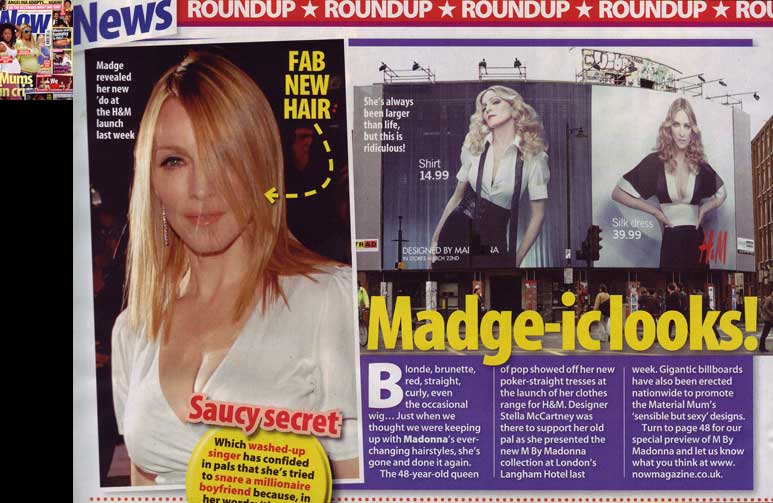 
NOW www.nowmagazine.co.uk The Foundry Madge-ic looks! 26 March 2007
Blonde, brunette, red, straight, curly, even the occasional wig... Just when we thought we were keeping up with Madonna's ever-changing hairstyles, she's gone and done it again. The 48-year-old queen of pop showed off her new poker-straight tresses at the launch of her clothes range for H&M. Designer Stella McCartney was there to support her old pal as she presented the new M By Madonna collection at London's Langham Hotel last week. Gigantic billboards have also been erected nationwide to promote the Material Mum's 'sensible but sexy' designs. Turn to page 48 for our special preview of M By Madonna and let us know what you think at www.nowmagazine.co.uk